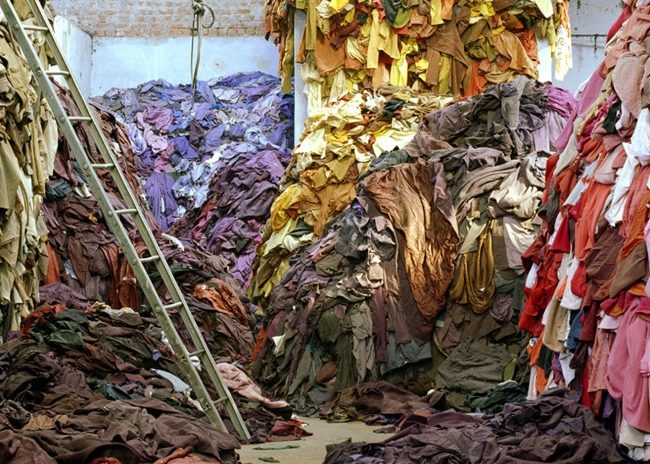 Fast fashion is criticized for polluting the environment with low price policies and for exploiting textile workers. An exhibition in the Berlin Museum of European Cultures illuminates the "dark side of fashion". In doing so, she sensitizes consumers to a more conscious approach to clothing.

The Fast-Fashion Industry converts billions of euros in sales every year. Without paying any attention to the inhumane working conditions or environmental impact prodcution processes involve. The fast fashion consumption is further fueled by influencers who distribute fashion videos via social media, so-called "clothing Hauls".

In sponsored product presentations, they introduce the lastest transient trends  and thereby put the younger generation in an unrestrained buying mood. Countless fashion addicts storm into shops, both offline and online, in order to regularly satisfy their hunting instincts with fast trends. But the cheap trend clothing comes at the expense of human rights and unreasonable working conditions.

At the latest, the collapse of the textile factory Rana Plaza in Bangladesh in 2013, with over 1.000 dead, has awoken the public. Nevertheless, there are still high-turnover shopping events such as Black Friday. They lure with radical low prices to get rid of stocks from overproduction.

On the weekend of the 29th of November, the next Black Friday advertises with price dumping for clothing and fashion fans go back to bargain hunting. In their shopping spree, also called "binge shopping", only the quantity counts. The motto: As many parts for as lowest possible prices.

Sometimes a shirt costs less than a coffee. However, after "Rana Plaza", the general public first became aware of the sometimes catastrophic conditions in foreign textile mills. The price and production policy of the textile industry was called into question.

In the following years, there were consequences; Textile workers' unions were formed, production conditions improved and wages raised. Nevertheless, there are still black sheep in the industry, which set their own rules in the law free free trade area. True to the motto, who produces the cheapest, gets the nod. As a result, textile workers are working under unacceptable conditions for wages far below the subsistence level.

These and other grievances are documented in the interactive part of the exhibition "Fast-Fashion". With unambiguous transparency, it does not only question the practices of the textile industry, but also addresses the younger generation and the associated responsible handling of the topic. The visitor is invited to question his or her own consumer behavior.

Less well known in this country is the fact that global textile production produces more CO2 than the entire tourism industry, including flight emissions. According to Claudia Banz, curator of the exhibition, chemicals such as pesticides and dyes are used in disproportionately high quantities for the textile industry.

They poison the groundwater and threaten the livelihoods of humans and animals: Did you know that producing a t-shirt requires a total of 2.700 liters of water? The exhibition documents the methods and dramatic effects of global textile production.

Another part of the exhibition does not raise its finger, but instead presents the more attractive alternative with the area "Slow Fashion." In recent years, a strong green fashion segment has developed, having its central starting point in Berlin.

The green fashion week started 10 years ago with the "Greenshowroom", which first took place featuring a handful of sustainable fashion labels in the Hotel Adlon. Later, the fair moved to the E-Werk and finally merged with the Paris-based Ethical Fashion Show to today's NEONYT fair in 2018. At the fixed location, Kraftwerk Berlin, the international green fashion scene meets and presents a fashion show twice a year. It has long been able to compete with the catwalks of established fashion capitals.

The exhibition also provides tips for sustainable consumer behavior that every visitor can immediately implement. Whether or not fast fashion will disappear from retail and only remain as a part of exhibitions, is questionable. However, it is the responsibility of all involved to change the situation in a sustainable way.

The exhibition "Dark Side of Fashion" was launched by the Museum of Arts and Crafts Hamburg and will continue to be presented in Berlin until the 02. August 2020. In addition to the exhibition, workshops and lectures will be held on topics such as "Reducing and Recycling", as well as regular repair cafés and discussions in the context of the interdisciplinary series of events. 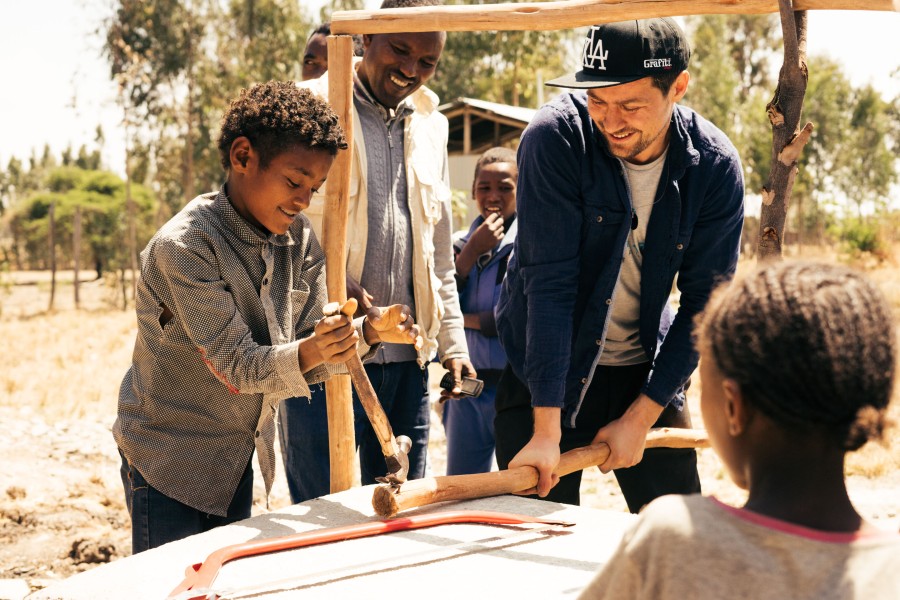 SUSTAINABILITY
Viva con Agua - The All Profit Organization Viva con Agua is committed to a world without thirst. In an exclusive interview, co-founder Tobias Rau reveals how ... 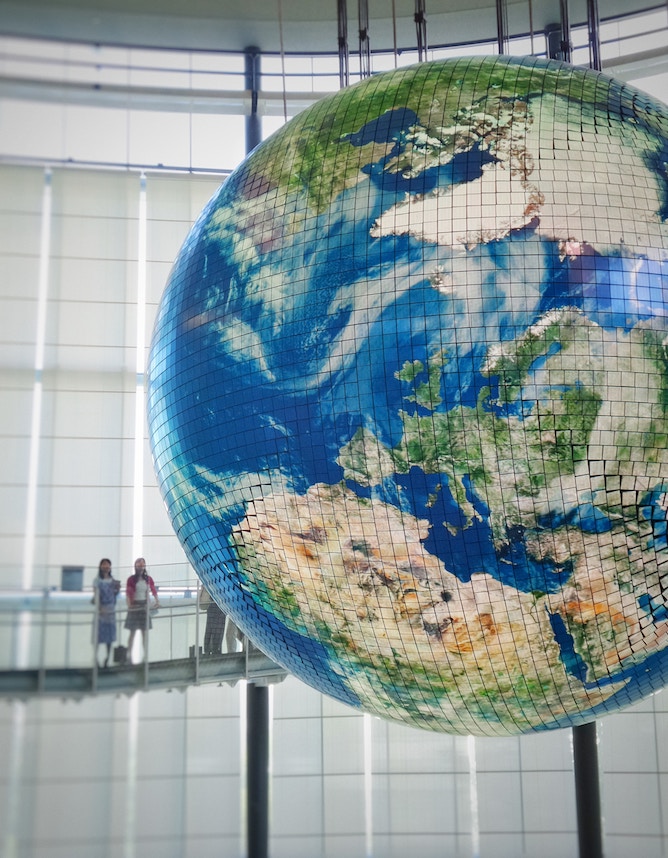 SUSTAINABILITY
Neo-ecology - the most important megatrend of our time Neo-ecology is the megatrend that will shape the 2020s like no other: environmental awareness is ... 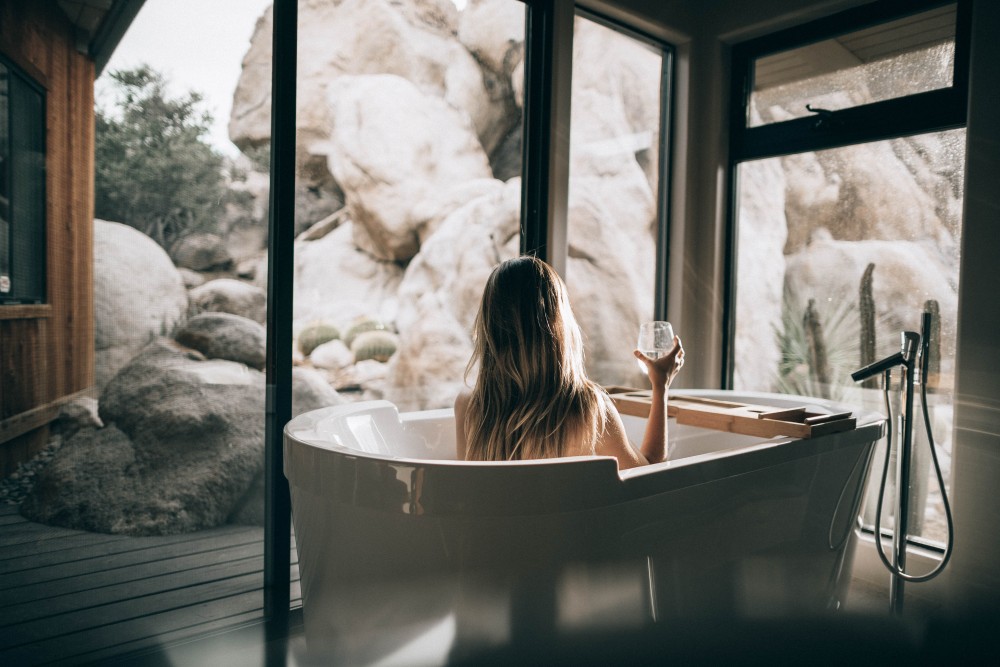 SUSTAINABILITY
Go green in the bathroom - morning rituals for body and the environment Morning rituals can work wonders in health. We show which daily routine our ...
We use cookies to give you the best online experience when visiting our websites. By using our website, you agree. More information can be found in our Privacy Policy
OKX
Privacy & Cookies Policy