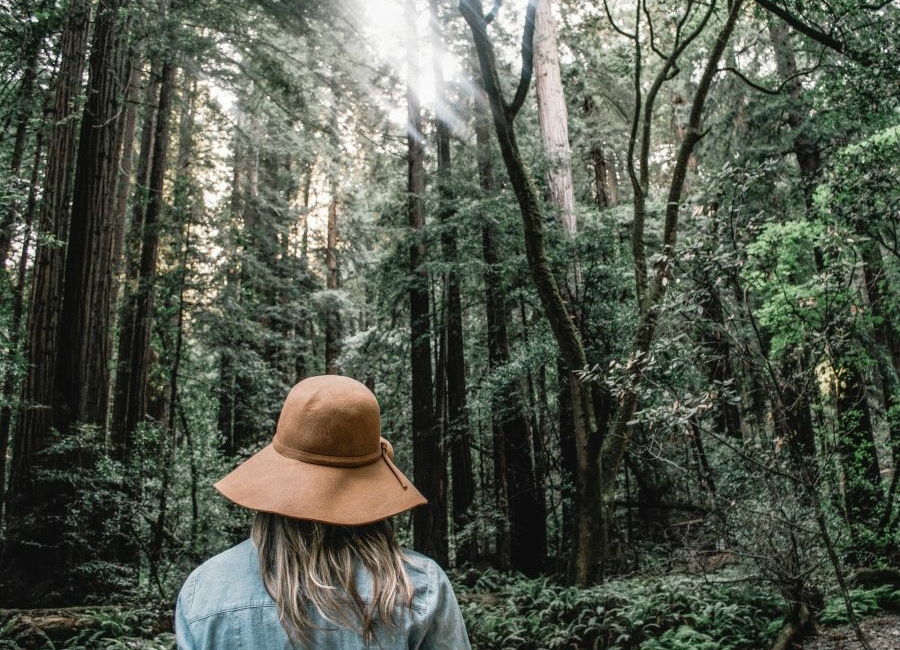 How sustainable consumption is becoming more and more important

It is now known worldwide that the earth is suffering from the increasingly obvious consequences of climate change and that some human behavior must change in order to save the planet in the long term. At the latest, since 2018 when Greta Thunberg began to get involved publicly for climate protection, a worldwide “eco-wakening”, the awakening of a consciousness, took place. The environmentally friendly way of life of the people is thus strongly stimulated and the demand for sustainable consumption increases.

What is Eco-Wakening all about?

The Economist's Intelligence Unit (EIU) published a comprehensive report on behalf of WWF, which suggests that we are in a phase of global upheaval. It almost seems like humanity is about to wake up and take serious action to stop what is destroying the earth: climate change. The report "An Eco-wakening" summarizes in its central findings, in which form the worldwide "eco-awakening" is expressed and which signs there are of lasting changes within the consumption and the lifestyle of worried people.

WWF Report shows how the demand for sustainable consumption is increasing

On the news service platform Twitter alone, there has been an enormous increase of 65% in tweets on the subject of environmental degradation and biodiversity within the last five years. This phenomenon extends across all continents worldwide. In regions such as Asia with 38%, Africa with 53%, Latin America with 136% and India with even 550%, the increase in tweets was the greatest. 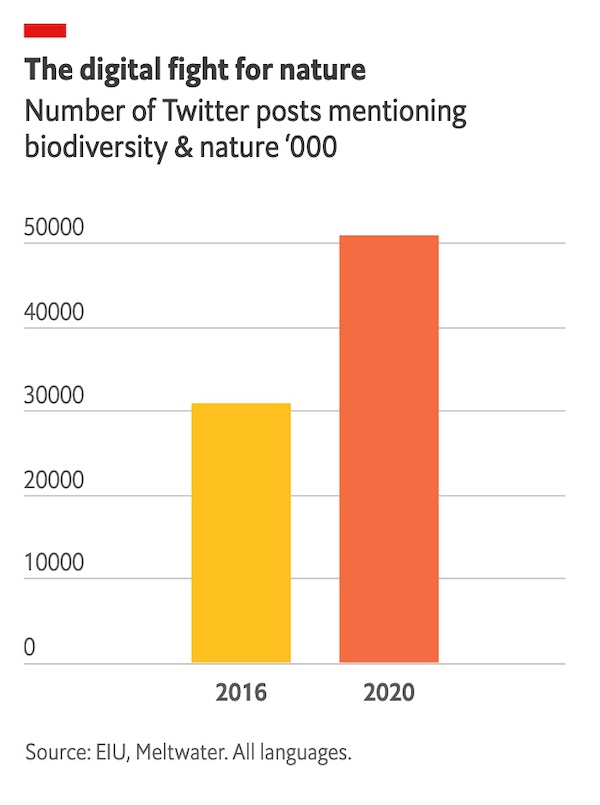 2. Increase in search queries on biodiversity & loss of nature

Since 2016, search queries on Google on the subject of biodiversity and the loss of nature increased around the world by 16%. This increase is a clear sign that people are becoming more and more aware of climate change and its consequences. Here, too, Asian and Latin American countries are at the fore. India saw a 190% increase in searches.

3. More people are looking for a sustainable lifestyle

In the past four years, Google searches on sustainability and sustainable consumption have also increased by 71%. Environmentally friendly products are becoming more and more important for consumers who are looking for natural and organic alternatives via search engines. In affluent nations like the US, searches in the field of sustainable consumption increased by 450%. But also in China, with 41%, and India, with 13%, there is a lot of movement in this regard. Consumers are increasingly demanding environmentally friendly alternatives to conventional products, so that companies inevitably have to react. 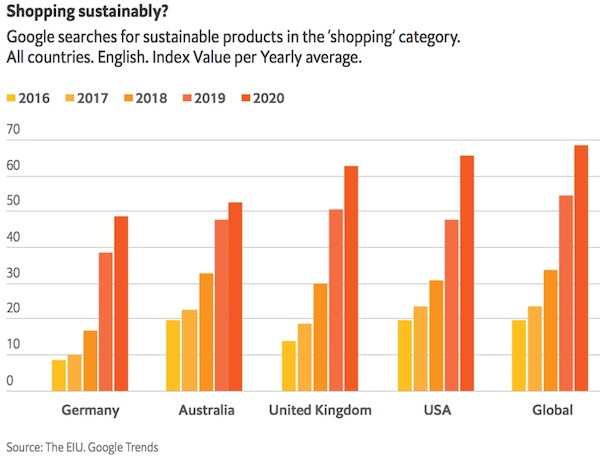 Results from a survey carried out in 2019 showed that 50% of all respondents changed certain products or a specific brand because manufacturers had violated their personal values. The main intention for those affected to adjust their consumption was to protect the environment. This behavior on the part of consumers is a clear sign that value-oriented consumption of sustainable products is becoming more and more essential. Havas Group Worldwide summarized in a report: Two out of three consumers are convinced that companies should have more responsibility with regards to positive social change than states.

The best thing about people's value-based consumption is that companies have now learned to react to it. The proportion of food, cosmetic and pharmaceutical companies that are committed to sustainable sourcing has increased over the past four years by 45%. Even among the fashion brands in North America and Europe, 60% oriented themselves towards integrating more sustainability into their processes. The signing of the " Business for Nature“ Statements in 2020 by more than 540 of the world's largest companies, increased the pressure on governments worldwide.

Within the past four years, activists around the world have collected over 159 million signatures for biodiversity and environmental protection. The first successes of these signature campaigns and petitions were shown by the cancellation of the planned oil pipeline from Canada to Nebraska, against which environmentalists had protested for years. The protests of the signature collectors also paid off in Brazil. Seven European sponsors threatened to cut funding if the deforestation of the rainforest would not stop.

What is the significance of eco-wakening for the demand of sustainable consumption worldwide?

Eco-wakening gives hope and shows how much consumers can make a difference in the world through their voice and demand. The more people are inspired by the positive development of the sustainability movement, the greater the chances to stop climate change and to make a life in harmony with nature possible in the long term. 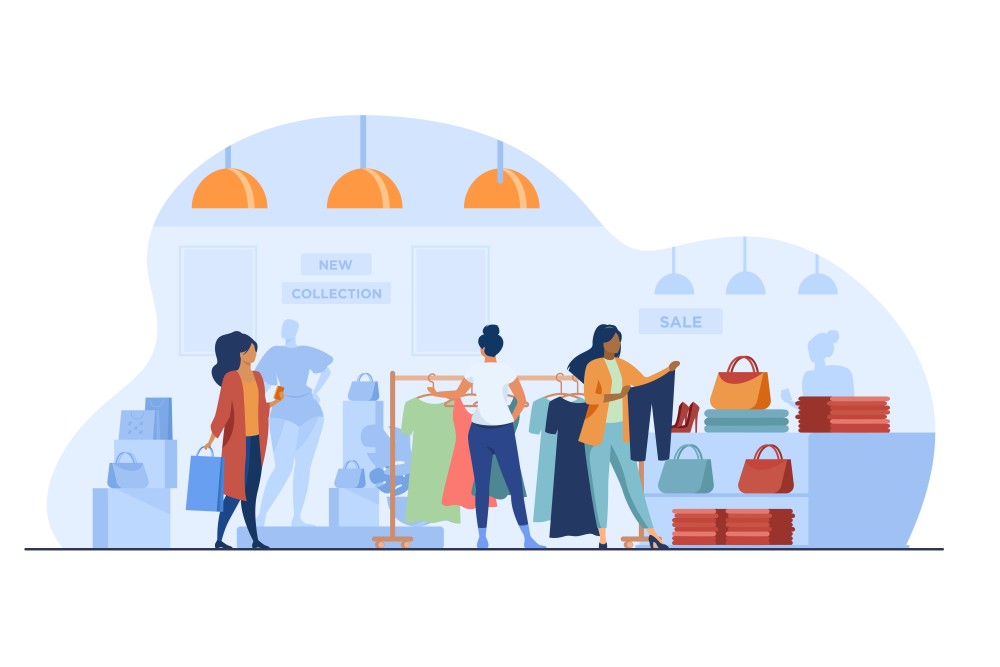 SUSTAINABILITY
Sustainability and Hybrid Commerce: Consumer Trends 2022 GfK study sees sustainability as a top trend for the new year - these are the topics for retailers, manufacturers and ... 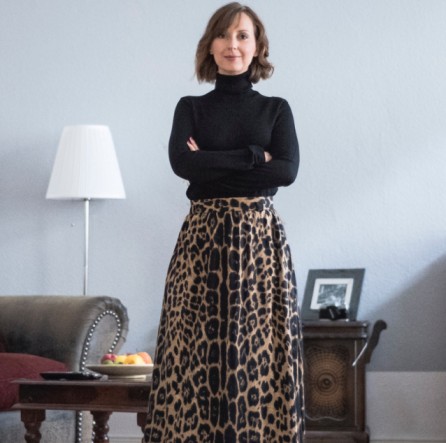 SUSTAINABILITY
Green Looks Great: In an interview with fair fashion blogger Mary Since 2017, Mary has been proving on her blog Green Looks Great that sustainability and style go hand in hand ... 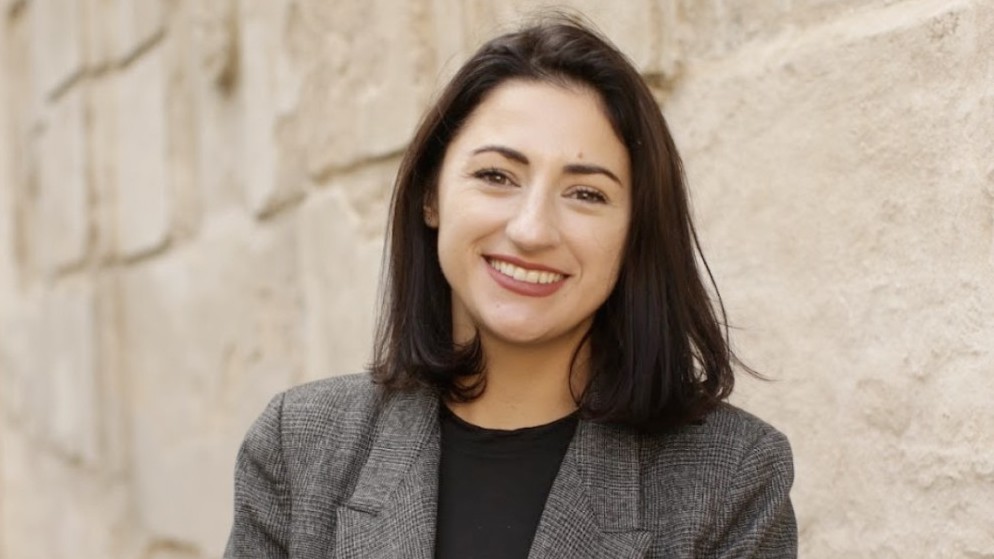